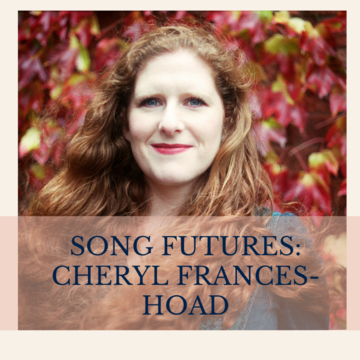 Professor of Russian Literature and Music

For Oxford Lieder's audience at home, we are delighted to present three specially made Song Connections films, each with musical performances recorded exclusively for these films. Filmed by TallWall Media, they feature fascinating speakers and musicians, and explore the music, poetry and creation of song. This film explores the creation of Cheryl Frances-Hoad’s major new song cycle, Everything Grows Extravagantly, which has been co-commissioned by Oxford Lieder and the Oxford Botanic Garden in celebration of our 20th and the Botanic Garden's 400th anniversaries, and with specially-written texts by poet Kate Wakeling. Cheryl provides insight into her collaboration with Kate Wakeling, her time as an Oxford Lieder composer, and her role as a Visiting Research Fellow at Merton College.

Oxford Lieder is one of the world’s leading promoters of classical song, with an international reputation for providing excellent concerts and enlightening study events with world-leading artists and academic specialists.

Find out more about the Oxford Lieder's programme here.

Partner organisations for this event are Merton College and Oxford Botanic Garden.

Learn more about this project: