A Remote Internship with the National Trust Partnership

At the end of Hilary Term 2020, I carried out curatorial research with the National Trust Partnership as part of a week-long ‘microinternship’ together with five other interns. Our research, part of preparation for the upcoming National Trust ‘Home’ project which will mark the 2021 Census, explored the feeling of home beyond four walls and aimed to reflect the stories of people beyond the owner family who made their home at National Trust properties.

Working under the supervision of Alice Purkiss (National Trust Partnership Lead, University of Oxford) and Helen Antrobus (Programme Curator, National Trust), we used online census records and research resources to produce a short report, each of us researching one of the following properties: Alfriston Clergy House, Birmingham Back-to-Backs, Max Gate, Erddig, Belton House, and in my case, Wimpole Estate.

Hoping to find a story that would combine examining the feeling of home beyond four walls and engaging with people outside of the owner family, I came across the fascinating example of the Gothic Folly at Wimpole. The Folly was built in the 1770s by ‘Capability’ Brown for the 2nd Earl of Hardwicke. A curated insertion into the natural surroundings of Wimpole as part of a landscape architecture project, the Folly is an example of a need to domesticate the natural space surrounding the interior of the home. At the same time, it testifies to the wish to imagine the landscape surrounding one’s home as already long-ago populated by human beings, inserting the false ruin into it as a symbol of the human’s place in nature, his or her home in it. The Folly was built without any intention of it serving any practical purpose whatsoever. However, in a surprising turn of events, the ivy-covered sham ruin became a home for people who lived their lives primarily in the surrounding forests and fields: gamekeepers and their families.

The Wimpole Estate’s website states that in the centuries after its construction, the ruin suffered extensive and gradual damage with many important characteristics being completely eroded while public access to the Tower and landscape was near enough impossible. The fact that it once served as a home seems to have been lost in the years after it fell into disuse (some time after 1911), as people who made it their home left hardly any traces beyond census records, unlike the lasting legacy of Capability Brown; I chanced upon the fact as a brief mention in an online article (available via Bodleian Libraries), and then built my research on online census records. The effectual, if inadvertent, omission of this part of the Folly’s history is really striking, as the Folly seems to have been the centre of attention at Wimpole a few years ago when its restoration project was awarded with the 2016 European Union Prize for Cultural Heritage / Europa Nostra Award; one wonders whether the Folly’s inhabitants had left any material traces, and to what an extent the changes they made to the Folly had been respected as heritage of its own.

This internship was originally meant to rely heavily on resources available in Oxford’s Bodleian Libraries, which were regrettably closed at the time of our project because of the coronavirus pandemic. Nevertheless, we were encouraged to undertake the internship if still willing and able to, and structure our research around resources available online. It is likely that this limitation to a considerable extent transferred our research to stories and people that would have been overlooked if other resources had been available. I, for example, drew heavily on a remarkably useful and informative website on Wimpole history managed by local people, which I would probably have neglected if scholarly literature had been available. As it was, I found there, in childhood reminiscences of Wimpole residents of the early twentieth century, first-hand accounts on some of the inhabitants of the Folly.

Although we were unable to meet as a team in person as planned, we the interns, Alice and Helen had regular video calls throughout the week, and shared resources we had found and issues we had encountered trying to compile a report with online resources only. This limitation resulted in inevitable gaps in our research, yet it also meant we delved into resources we may otherwise never have encountered, and made us question usual research practice and its biases and preferences. The opportunity to engage in quite creative and unorthodox methods of research made this experience unique, and despite the difficult circumstances, hugely rewarding and compelling.

Alex Tadel is studying for an MSt in Greek and Latin Languages and Literature at University of Oxford. She focuses on Athenian tragedy and its reception in post-classical literature and scholarship, and is currently working on a comparative analysis of Euripides and Chekhov. She volunteers as a tour guide at the Ashmolean Museum alongside her studies and hopes to continue working and studying within Arts and Humanities. 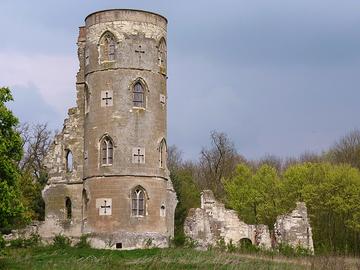