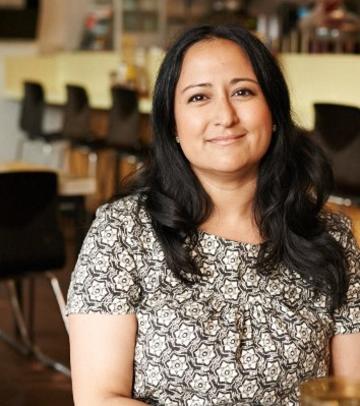 The Heritage Partnerships Team is delighted to announce that Sylee Gore, a graduate student of Creative Writing at Kellogg College, and participant of the Heritage Pathway Amsterdam Trip[1], won the Lord Alfred Douglas Memorial Prize 2020, for her sonnet, Peaceable City.

Sylee, who earlier this year had also been awarded the Colin Franklin Prize by Bodleian Libraries, shared her reaction to the news:

'I recently learned I was joint winner of the English Faculty's Lord Alfred Douglas Memorial Prize, for a sonnet I finished in the early days of lockdown, which was a great boost. I’m inspired by how the literary world has animated online spaces, with so many talks, workshops, and readings happening that I feel more inspired than ever.'

'Peaceable City by Sylee Gore is a surreal vision of a city taken over by animals. It's a perfect sonnet, full of unforgettable images, such as a fawn ascending an escalator and two herons perched on food court chairs.'

The Lord Alfred Douglas Memorial Prize is awarded to current undergraduate and graduate students of the University of Oxford for the best sonnet or other poem written in English and in strict rhyming metre. Winning entries are deposited in the Bodleian Library. This year the standards of the competition were so high that the judges decided to award two prizes, the other winning entry being Nothing new under the sun by Tara Lee. The judges also commended Michaela Wilson Coplen of Lincoln College and Lily Smart of St Hilda’s College for their entries.

You can learn more about this year’s distinguished entries here.

[1] The trip, which was scheduled to take place in March 2020 was cancelled due to the outbreak of the COVID-19 pandemic.