When you hear or read words like ‘medieval’ or ‘Middle Ages’, which images spring to mind? It’s likely that what you’re picturing is, in some way, the product of the years since the Middle Ages. That remains true, whether it’s something as recent as a still from a film or a TV show, or a structure which has stood in place for hundreds of years. I’ve recently begun a Leverhulme Early Career Fellowship at Oxford looking at some of these post-medieval responses to the Middle Ages, which are collectively referred to as medievalism. In order to introduce my project, I’d first like to zoom out and take a look at medievalism more broadly, in order to give some context for the issues facing researchers in this area.

Let’s start with something concrete (no pun intended). The work of time on a ruined building might be obvious, especially if the walls have been capped or the area around it has been carefully landscaped, but even apparently undamaged structures like a local village church will have undergone generations of changes in the centuries since they were first built, both during and since the Middle Ages themselves. The same is true of medieval texts, whether we read them in editions or translations. But why does this matter? What is the significance of these different medievalisms, and what’s the point of studying them? Aren’t they just nostalgic escapism? It’s true that there doesn’t seem to be anything particularly complex about something like the BBC’s Merlin, with its gentle and relatively diverse representation of Camelot, or Monty Python and the Holy Grail (both beloved sources of images for medievalists’ lecture slides). Perhaps the Holy Grail is slightly subversive, even in 2020, but is there anything more to it? One answer is to consider how common it is to draw on medieval imagery as a means of defining identity, especially national identity. Monty Python is a good example here, because it’s seen as so quintessentially British. The Holy Grail draws on that and furthers it because its subject is ‘Arthur, King of the Britons’. And given its subject, Merlin can’t escape those kinds of implications, despite its care to be detached from geographical specificities, at least at first glance. 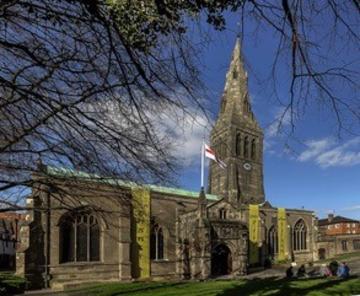 Now, to complicate things further, and despite Terry Jones’s immense knowledge of the period, neither of these examples are drawing directly on the Middle Ages, but are themselves echoing established medievalisms – arguably the one even draws on the other – and so we end up with layers of interpretations. And each interpretative layer can serve a purpose. Let’s go back to medieval buildings, this time to Leicester Cathedral, where an eleventh-century church was fundamentally reshaped during the nineteenth century and, having been made a cathedral in the 1920s, became the resting place of a medieval king in the twenty-first century. Parts of the medieval church still exist within today’s Gothic revival structure, but what we really see is a later restoration in an architectural style intended to provoke ideas of both medieval-ness and Englishness. And at the king’s grave, medieval history is retold in a particular way. Richard III’s brief reign (1483-1485) was defined by civil war. The description of his tomb highlights his Englishness, but not the country’s division. At his twenty-first-century reburial, as people on the streets sported mass-manufactured medieval-inspired costumes, Richard of York was laid to rest in a coffin of English oak in a Victorianised medieval church turned twentieth-century cathedral. The idea of the medieval is in many ways detached from the historical period to which the adjective technically refers. In fact, much of what we think of when we think ‘medieval’ is the creation of the nineteenth century, and it’s crucial that we also recognise the ubiquity of the utilisation of the Middle Ages for the purposes of nationalist construction during that period.

During the long nineteenth century, the period between the French Revolution and the First World War (1789-1914), cultural investment in the Middle Ages increased; medieval literature began to be systematically analysed and translated; and many ‘canonical’ works were rediscovered and published. This timeframe is where my research is based. I take an international approach to medievalism, looking specifically at how medieval German literature was received and reimagined by English-speaking writers, and how medieval English literature was received and reimagined by German-speaking writers. And this brings us back to the texts I mentioned above. The writers I’m studying created distinct constructions of the medieval world specific to their own cultural-political contexts, and were writing with different, often strongly politicised, notions of Anglo-German cultural links and their own claims to the literature they were reworking. Anglophone medievalism was particularly dependent on contemporary German treatments of the Middle Ages. Again we see those layers of interpretation – the English-language adaptations, for example, are not simply interfacing with the medieval world, or even specifically medieval Germany, but also with nineteenth-century Germany. And just as the interpretative layers take work to find within a building, they’re not immediately obvious in literature either.

To take one example from the texts I’m working on, in 1845, the teenage Dante Gabriel Rossetti decided to apply his recently acquired German skills to some of his other interests, and to make a translation of Hartmann von Aue’s twelfth-century Der arme Heinrich (‘Poor Henry’). Hartmann’s work tells of the formerly handsome nobleman Heinrich’s search for a cure for his terminal leprosy. He is told that, should an innocent maiden sacrifice her life for his, he will be cured. The daughter of his tenant farmer conveniently offers her life for his, but Heinrich gets cold feet at the last minute when he peers through a hole in the wall where he witnesses the girl lying naked and about to be killed for him. After this change of heart, he receives a miraculous cure instead, marries the girl, and they both live happily ever after and, for good measure, go to heaven when they die! 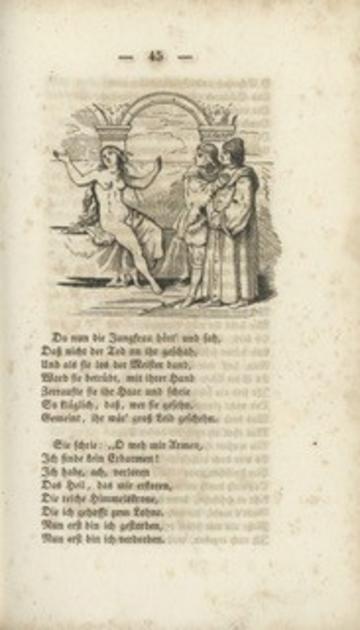 Now Rossetti’s German simply wasn’t up to the task of translating a medieval text, so instead – as I discovered – he translated Gotthard Oswald Marbach’s recent modern German translation, simply because that was the only version then held by the British Museum. What Rossetti didn’t know was that Der arme Heinrich had been imbued with enormous nationalist significance, initially by the Brothers Grimm, and Marbach’s text, which contains major deviations from the medieval narrative, was one of a group of folk retellings of the story which had absolutely lent into this. The girl, for example, is reimagined to conform in many ways to a supposed Germanic ideal, even in some ways to Germania, the female personification of Germany, while elements perceived to be erotic are eliminated. Rossetti did not deliberately carry over the reading of Der arme Heinrich as a text of pan-German nationalist significance, instead trying to present it as illustrating a kind of timeless and mystical Middle Ages but, being unaware of the content of the medieval text itself, ended up transmitting much of the relevant material anyway, now repurposed in a manner which pre-empts later Pre-Raphaelite depictions of women. He then identified his work as being a translation of ‘Hartmann von Aue’, obscuring for 170 years the intermediary translation which had utterly informed it, and all of its political baggage.

The rest of my project looks at anglophone retellings of the Nibelungenlied and Kudrun, both of which were claimed by British and American writers as belonging equally to what Thomas Carlyle described as ‘us English Teutones’, and German reception of Beowulf, Chaucer’s Canterbury Tales, and English Arthurian literature – all of which German philologists claimed as their own, on the basis that English was simply a subset of Germanic philology. These competing attempts to claim one another’s medieval past produced quite different results, but working on them comparatively will throw a new light on the ways in which these nations continue to construct the national and transnational past.

Mary Boyle (@maryrboyle) is a Leverhulme Early Career Fellow in the Faculty of Medieval and Modern Languages at the University of Oxford. She will also be taking up a Junior Research Fellowship at Linacre College in October 2020. You can follow her research on her blog. Mary is the co-founder of Teaching the Codex (@teachingcodex). 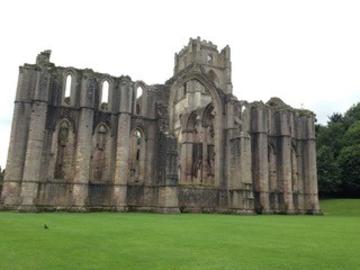