The Provenance of Staircase Rushwork at Wightwick Manor

Bright, geometric rush mats adorn the dado of Wightwick Manor’s visitors’ staircase and date from the late 19th century when the house was first built. Upon removing the rushwork for conservation, the National Trust research team had already begun to investigate the provenance of the matting in South Asia. My micro-internship aimed to build upon the leads found by the team and trace the rushwork’s journey from its unwoven materials to businessman Theodore Mander’s Arts & Crafts country house in Wolverhampton.

The information above formed the bones of the project briefing that Sarah Kay, Wightwick’s Cultural Heritage Curator, had created with Alice Purkiss and Hanna Smyth, the internship’s supervisors and coordinators. Coming from an English Literature background, such a niche focus at first seemed quite daunting to me – after all, I had a strong interest in, but little academic experience of, art history! However, zooming out to look at the project in its widest context – how the Arts & Crafts movement appropriated South Asian aesthetics and culture – before then zooming in to focus exclusively on the rushwork really helped me to structure my time, research, and project outcome.

Two main strands of research shaped my investigation. The first was the rushwork’s aesthetic significance in relation to the rest of the house, and the Arts & Crafts movement more widely. A testament to the rich and beautiful aesthetic ideals of the late 19thcentury, Wightwick Manor is filled with William Morris designs and artisanal features (including quotations of Shakespeare engraved into its gables – an English student’s dream!). As the project brief detailed, Mander’s decision to place rushwork along the dado of his staircase originated from Oscar Wilde’s lecture ‘The House Beautiful’, which Mander saw Wilde deliver in 1884. Finding a reconstruction of the lecture, analysing its allusions, and following a chain of historical links led me to the ‘India Museum’, which held stolen objects from India and later became part of the Victoria and Albert Museum/ the British Museum. Unfortunately, I couldn’t access Mander’s letters (the frustrations of remote working!) which may have illuminated his (un-)awareness of the ‘India Museum’ in South Kensington, but this investigative inroad formed one of my main recommendations for future research.

The second strand of research involved pinpointing the geographic origins of the rushwork. One possible answer, as Sarah explained in our one-to-one meeting, could be Pattamadai in Tirunelveli district, south India. But as I looked more closely into the characteristics of Pattamadai’s rushwork mats, neither the thread count nor the patterns tallied exactly with those from Wightwick. Using online resources and census reports, I found that Wightwick’s mats were promisingly similar to those produced in other areas of south India and West Bengal. However the micro-internship soon drew near to its end and I began to gather my research together to identify areas that would be useful for the project going forward.

At the close of the week I had the chance to present my findings to the other micro-interns and their respective project supervisors – altogether we made a team of 20! It was brilliant to hear about the wide range of topics the other interns had worked on, as well as the variety of properties owned by the National Trust. Presenting my project on Microsoft Teams to a large group of people was a great way to push myself out of my comfort zone and practice public speaking (even if my hands shook a bit at the beginning). Finally, I wrote up my findings in an academic report; looking at the finished 12-page document I was surprised at how much ground I had covered from the start of the week!

Throughout the micro-internship the supervisory team provided great support; Alice and Hanna were in regular contact throughout, organising valuable Q&A’s with NT staff that illuminated the breadth of curatorial work, and Sarah helped connect me with other curators at the forefront of research into Wightwick Manor. Moving forward, I feel that I now have a much better understanding of what curatorial research is like, as well as how it informs many other elements of conservation and interpretation work within heritage sites. Wightwick Manor is also firmly on the bucket list!

Seren (she/ her) is a second year English Literature student. Her research interests lie within material culture and textual history, in particular how narratives shape/ are shaped by objects. You can find Seren drinking coffee and thinking about stained glass windows, or on Twitter @Seren_Atkinson.

Find out more about the TORCH Heritage Programme here. 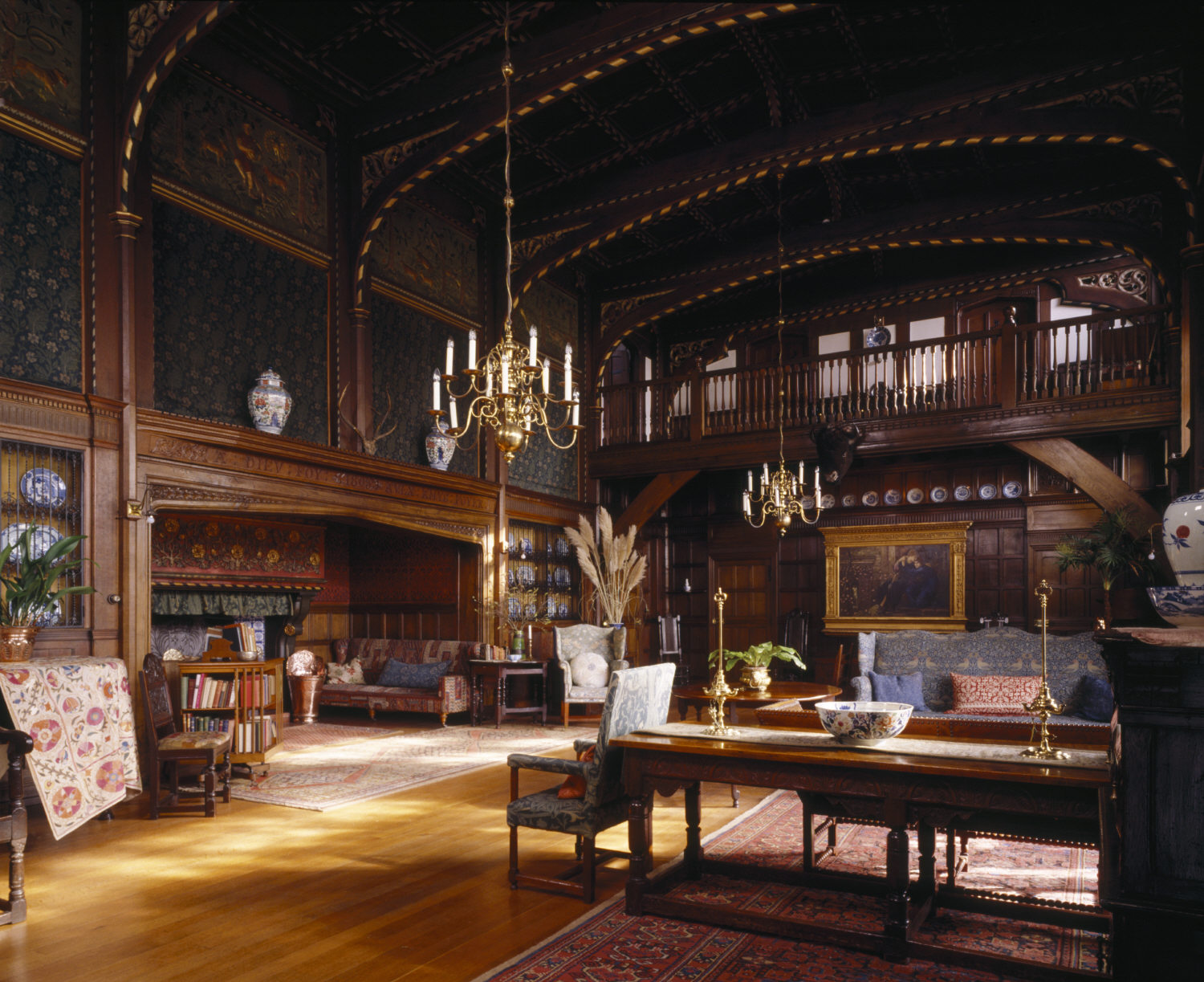