Disruptive Dialogues: The Legacy of Dambudzo Marechera in Harare and Oxford 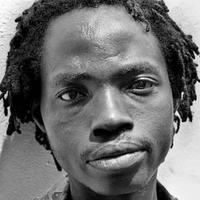 'Disruptive Dialogues: The Legacy of Dambudzo Marechera in Harare and Oxford'

Who is entitled to live in a city? How can we harness the energies of writing and publishing to ensure that those who have been marginalised are not forgotten, whilst also keeping in mind those structures and spaces that caused such marginalisation? The Disruptive Dialogues project will address these questions, inspired by the work of celebrated Zimbabwean writer Dambudzo Marechera (1952-1987) and based around a series of creative dialogues. The project builds on research by Dr Tinashe Mushakavanhu into Marechera’s archive and legacy, and by Dr Niall Munro into marginal spaces in the city and the disruptive qualities of cultural memory.

Author of the award-winning novel The House of Hunger (1978), Marechera entered the University of Oxford in 1974 but was forced to leave in 1976, after which he was homeless in the city before squatting in London and then moving to Harare. We will initiate an important critical and creative exchange between two cities with which Marechera is closely connected by working with two partners. Our primary partner is the Old Fire Station Arts Centre, Oxford, where most of the work will take place, but we will also be working with artistic communities and organizations in Harare.

The first strand of the project, Mapping Power, will draw attention to the dynamics of colonial power and marginalisation present in the built environments of both cities by putting into dialogue Marechera (through his collection Mindblast (1984), which he composed in Harare while sitting in what was once Cecil Square) and British imperialist Cecil Rhodes. The aims of this mapping are to highlight relationships between power and space and to crowd-source creative responses to the legacies of both Marechera and Rhodes in Oxford and Harare.

The second strand will use Marechera’s homeless experiences in Oxford and Harare to reflect on the situation of homelessness today in a series of workshops called Untold Doors. We will work with the homeless charity Crisis, based at the Old Fire Station, to create two workshops for members of the Crisis community that will focus on poetry and visual art in November 2022 and be led by poet Dr Jennifer Wong. Drs Mushakavanhu and Munro will then run two similar workshops in Harare in early 2023.

The final strand will be the creation of an exhibition called The Centre is Everywhere, which will draw together the other two strands of the project and be shown at the Old Fire Station in Summer 2023, placing the creative work from both cities in dialogue. The exhibition will feature material from the Dambudzo Marechera Trust archive, responses from the crowd-sourced map, and work produced by the participants in the Untold Doors workshops. We will also be working with architecture students from Oxford Brookes, who will be responding to the themes of power and space that undergird the project.

Just as Marechera became a mentor for young artists upon his return to Harare, so we will use the workshops and the showcasing of writing and art in the exhibition and online to encourage the establishment of publishing infrastructure, something that is broadly lacking in Harare’s arts community. We will draw on both Dr Mushakavanhu’s experience as a publisher in different media and Dr Munro’s work in charge of Oxford Brookes Poetry Centre’s ignition press to advise on small-scale and alternative publishing models that might fit an emerging artistic community.