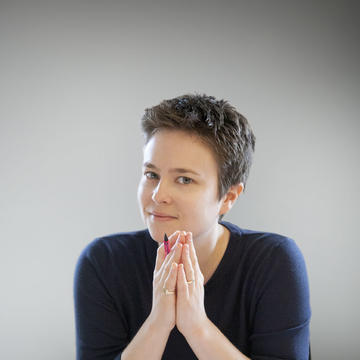 TORCH is proud to present works by leading British composer, Emily Howard, inspired by the pioneering nineteenth-century mathematician, Ada Lovelace, as well as a new work by the interdisciplinary PRiSM team at the RNCM led by composer Robert Laidlow, PRiSM Researcher in AI-assisted Composition, which similarly engages with questions of art, science and artificial intelligence. TORCH is particularly pleased to be able to support the second performances of new commissions for the Barbican Centre, But then, what are these numbers? and Alter premiered in London on 2 November 2019.

Lovelace dabbled in mesmerism, a forerunner of hypnosis developed by physician Franz Mesmer, and wrote that she wished to develop a ‘calculus of the nervous system’: a mathematical model for how the brain could give rise to thought, and nerves to feelings. This evening’s programme – performed by the Britten Sinfonia and the outstanding British-Spanish soprano, Marta Fontanals-Simmons – explores the relationship between science and art, thought and feeling, new technologies and human creativity, and pays tribute to Lovelace’s remarkable scientific imagination and its continued relevance for our own contemporary society.

Free and open to all. Please book via Eventbrite or email the TORCH team at torch@humanities.ox.ac.uk.