Live Event - Making Theatre Live: Across and Beyond Borders 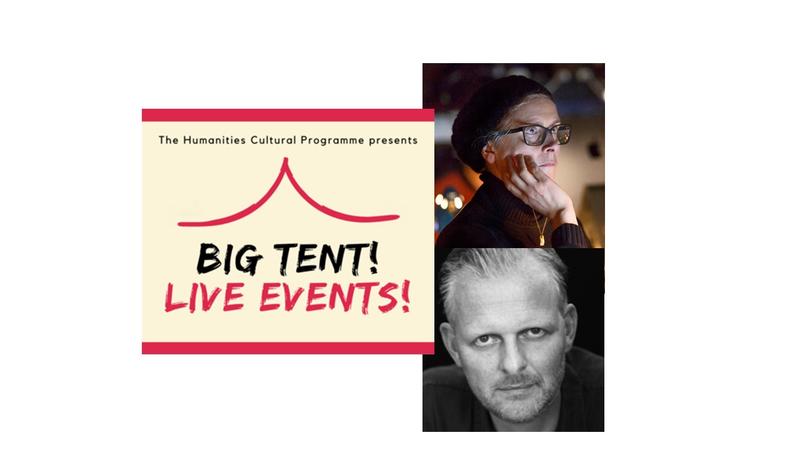 Making Theatre Live: Across and Beyond Borders

Join us for a fascinating conversation with two internationally renowned theatre directors – Thomas Ostermeier from Berlin’s Schaubühne and our current visiting Theatre Fellow Katie Mitchell. Professor Wes Williams, TORCH Director, will host this free-ranging conversation which will explore questions of liveness, of borders – geographical, linguistic, and metaphorical, as well as the range of challenges facing theatre during and beyond the 2020.

Before the event, you can watch Katie Mitchell’s Schaubühne production of Orlando, streaming from 27-30 November here.

Thomas Ostermeier has been resident director and member of the Artistic Direction of the Schaubühne theatre in Berlin since 1999. From 1996-99 he was the Artistic Director of the Baracke at the Deutsches Theater, Berlin. He has directed more than 50 plays and teaches directing at the Ernst Busch Academy of Dramatic Arts. His productions tour worldwide. He has directed at Vienna’s Burgtheater, Munich’s Kammerspiele, the Hamburg Schauspielhaus, the Théâtre Vidy-Lausanne and the Comédie-Française in Paris.

In November 2004 he became an associate artist for the Festival d’Avignon. In 2009 the French Ministry of Culture appointed him an Officer of the Order of Arts and Letters, promoted to Commander in 2015. From 2010-2018 Ostermeier was the German president of the German-French Council of Culture. For his contributions to the European theatre, he was awarded an honorary Doctor of Arts degree from the University of Kent in 2016 and in 2019 from the University of Gothenburg. Among many other awards Thomas Ostermeier received the Golden Lion of the Venice Biennale for the entirety of his work in 2011.

Katie Mitchell's  work is well known to audiences across the globe. In a career spanning 30 years she has directed over a hundred productions, including text-based theatre, opera, installations and multimedia work. From her early days as an assistant director with Paines Plough and at the Royal Shakespeare Company to her recent success with La Maladie de la Mort, created at Théâtre des Bouffes du Nord in Paris, and Orlando at Berlin’s Schaubühne, Mitchell has become renowned for bold and innovative productions. Working with classic texts as well as with contemporary writers, Mitchell has collaborated with the Royal Opera House, the National Theatre, RSC, and the Royal Court as well as theatres across Europe to produce work which provokes and inspires. Her many awards include the Evening Standard Best Director Award and the British Academy President’s Medal. In 2009 she was presented with the Order of the British Empire (OBE) for her services to theatre.

Katie Mitchell is a HCP Visiting Fellow, part of the Humanities Cultural Programme