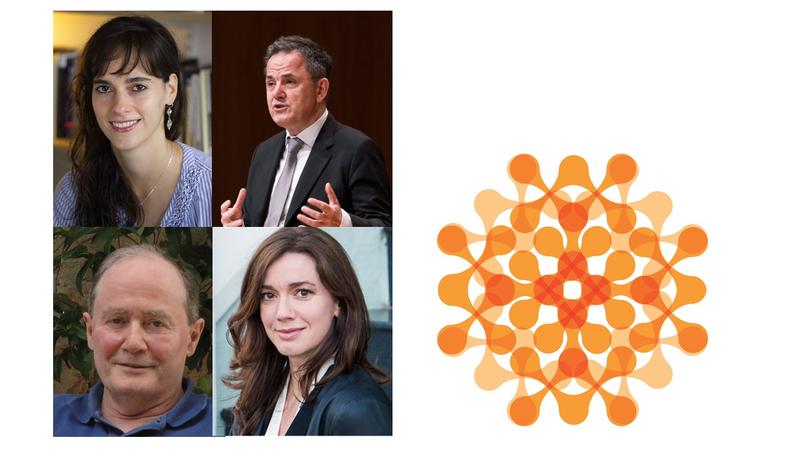 This event is also part of the Humanities Cultural Programme, one of the founding stones for the
future Stephen A. Schwarzman Centre for the Humanities.

Privacy Is Power will be published on 24th September 2020 - available to order from Blackwells here.

In conversation with author, Dr Carissa Veliz (Associate Professor Faculty of Philosophy, Institute for Ethics in AI, Tutorial Fellow at Hertford College University of Oxford). The author will be accompanied by Sir Michael Tugendhat and Dr Stephanie Hare in a conversation about privacy, power, and democracy, and the event will be chaired by Professor John Tasioulas (inaugural Director for the Institute for Ethics and AI, and Professor of Ethics and Legal Philosophy, Faculty of Philosophy, University of Oxford).

Privacy Is Power argues that people should protect their privacy because privacy is a kind of power. If we give too much of our data to corporations, the wealthy will rule. If we give too much personal data to governments, we risk sliding into authoritarianism. For democracy to be strong, the bulk of power needs to be with the citizenry, and whoever has the data will have the power. Privacy is not a personal preference; it is a political concern. Personal data is a toxic asset, and should be regulated as if it were a toxic substance, similar to asbestos. The trade in personal data has to end.

As surveillance creeps into every corner of our lives, Carissa Véliz exposes how our personal data is giving too much power to big tech and governments, why that matters, and what we can do about it.

Have you ever been denied insurance, a loan, or a job? Have you had your credit card number stolen? Do you have to wait too long when you call customer service? Have you paid more for a product than one of your friends? Have you been harassed online? Have you noticed politics becoming more divisive in your country? You might have the data economy to thank for all that and more.

The moment you check your phone in the morning you are giving away your data. Before you've even switched off your alarm, a whole host of organisations have been alerted to when you woke up, where you slept, and with whom. Our phones, our TVs, even our washing machines are spies in our own homes.

Without your permission, or even your awareness, tech companies are harvesting your location, your likes, your habits, your relationships, your fears, your medical issues, and sharing it amongst themselves, as well as with governments and a multitude of data vultures. They're not just selling your data. They're selling the power to influence you and decide for you. Even when you've explicitly asked them not to. And it's not just you. It's all your contacts too, all your fellow citizens. Privacy is as collective as it is personal.

Digital technology is stealing our personal data and with it our power to make free choices. To reclaim that power, and our democracy, we must take back control of our personal data. Surveillance is undermining equality. We are being treated differently on the basis of our data.

What can we do? The stakes are high. We need to understand the power of data better. We need to start protecting our privacy. And we need regulation. We need to pressure our representatives. It is time to pull the plug on the surveillance economy.

Dr Carissa Véliz is an Associate Professor at the Faculty of Philosophy and the Institute for Ethics in AI, and a Tutorial Fellow in Philosophy at Hertford College. Carissa completed her DPhil in Philosophy at the University of Oxford. She was then a Research Fellow at the Uehiro Centre for Practical Ethics and the Wellcome Centre for Ethics and Humanities at the University of Oxford. To find out more about Carissa’s work, visit her website: www.carissaveliz.com

Sir Michael Tugendhat was a Judge of the High Court of England and Wales from 2003 to 2014 after being a barrister from 1970. From 2010 to 2014 he was the Judge in charge of the Queen’s Bench Division media and civil lists. He was Honorary Professor of Law at the University of Leicester (2013-16) and is a trustee of JUSTICE. His publications include Liberty Intact: Human Rights in English Law: Human Rights in English Law (Oxford University Press 2017) and Fighting for Freedom? (Bright Blue 2017), The Law of Privacy and Media (Oxford University Press 1st edn 2002).

Dr Stephanie Hare is an independent researcher and broadcaster focused on technology, politics and history. Previously she worked as a Principal Director at Accenture Research, a strategist at Palantir, a Senior Analyst at Oxford Analytica, the Alistair Horne Visiting Fellow at St Antony's College, Oxford, and a consultant at Accenture. She holds a PhD and MSc from the London School of Economics and a BA in Liberal Arts and Sciences (French) from the University of Illinois at Urbana-Champaign. Her work can be found at harebrain.co