Live Event: The Arts in Lockdown 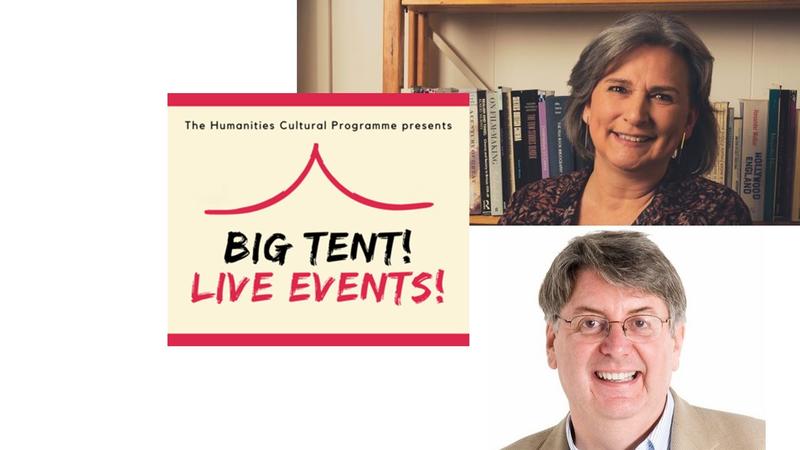 The Arts in Lockdown

In lockdown, the arts have proved crucial to the well-being of individuals, of the nation and of global communities. They have formed the point of connection that has enabled us to gather around a shared cultural experience in way that combat isolation; they have been a diversion from anxiety, a means of channeling anxiety and a joyful tonic in tough times. And even while theatres, cinemas, galleries and museums have necessarily been closed, there has been a flowering of the arts in online forms, with companies and organisations eager to reach and connect with their audiences and visitors (past and future).

In this conversation, Professor Judith Buchanan (Master of St Peter’s College, Oxford) and Professor John Wyver (Director of Screen Productions for the Royal Shakespeare Company) will discuss their own experiences of the arts in lockdown, of some of the inventive ways in which these have been produced and accessed, and some of the wider issues of the urgency, pertinence and need for the arts that the moment has crystallised.

Professor Judith Buchanan became Master of St Peter’s College in October 2019, previously Dean of Faculty of Arts and Humanities from 2017 at the University of York. Judith has an academic background both in early modern literature and in the study of film, with her research focusing on Shakespearean performance histories and on silent cinema. Judith works frequently with external partners across arts and heritage sectors nationally and internationally, and is a committed advocate for the value of work and conversations that move between academic and non-academic spheres. She sits on various international boards in support of academic-based projects and am a Commissioner on the Marshall Aid Commemoration Commission.

John Wyver is a writer and media producer. He is a historian of television with a particular interest in broadcasting, film and the arts, and he is currently Principal Investigator for the AHRC-funded research project Screen Plays (2011-15).

His work as a producer and director has been honoured with a BAFTA, an International Emmy and a Peabody Award. In 1982 he co-founded the production company Illuminations, which was one of the earliest British independents, and he continues to run the company. He has made numerous documentaries about the arts and about digital culture. He was Series Editor for the influential BBC2 series The Net (1993-97) which pioneered tie-ups between broadcasting and online systems. He was also Series Editor for Tx. (1993-98), an award-winning series of innovative arts documentaries.

John Wyver has produced a series of notable performance films for television, including Richard II (1997) with Fiona Shaw; Gloriana - A Film (1999), directed by Phyllida Lloyd; Macbeth (2000), with Antony Sher and Harriet Walter; Hamlet (2008), made with the Royal Shakespeare Company and with David Tennant as the prince; Macbeth (2009) with Patrick Stewart, directed by Rupert Goold; and the RSC's Julius Caesar (2012), directed by Gregory Doran. In 2013 he produced the RSC's first live-to-cinema broadcast, which brought Gregory Doran's production of Richard II with David Tennant to more than 370 UK cinemas and which was also seen in the United States, Canada, South Africa, Russia, Japan, Australia and New Zealand. He is currently Media Associate with the RSC developing their future policy for broadcasting and digital distribution.