Performance and Queer Histories: From Shakespeare to Tchaikovsky and Marc Almond 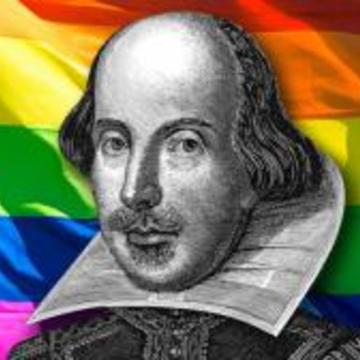 A penel discussion with:

Bruce R. Smith : ‘In pursuit of early modern sexual subjectivity: What? where? how? why?’

Bruce R. Smith is Dean's Professor of English and Professor of Theatre at the University of Southern California, and the author of seven books, including The Acoustic World of Early Modern England (1999), The Key of Green (2009), Phenomenal Shakespeare (2010), and Shakespeare and Masculinity(2000, reissued 2012). The two-volume two-million-word Cambridge Guide to the Worlds of Shakespeare, for which he served as General Editor, was published by Cambridge University Press in January 2016. A former president of the Shakespeare Association of America, he is visiting the UK to deliver Southampton University’s 2019 ‘Stonewall Lecture’.

Emma Smith is Professor of Shakespeare Studies in the Faculty of English Language and Literature, University of Oxford, and a fellow of Hertford College. Her research focuses on Shakespeare’s reception in print, performance, and criticism, and on early modern theatre more broadly. Her book This Is Shakespeare will be published by Penguin in spring 2019. She is also the author of ‘Approaching Shakespeare’ (Oxford Podcasts), a cycle of podcasts on his plays; and the podcast series ‘Not Shakespeare: Elizabethan and Jacobean Theatre’.

Philip Bullock is Professor of Russian Literature and Music in the Faculty of Medieval and Modern Languages, and a fellow of Wadham College. He is the author of a new biography of Pyotr Tchaikovsky (Reaktion Books, 2016), and several articles and chapters on the reception of his music and its relationship to sexuality. His research interests include questions of translation of Russian culture and its reception in English-speaking settings, and gender in Russian literature. He is Director of The Oxford Research Centre in the Humanities.

Jane Garnett is Professor in the History Faculty and tutor in modern history at Wadham College. She researches the intellectual, cultural, and religious history, predominantly since the nineteenth century, including the study of gender and visual culture over wider periods. Her focal concern has been with the historical understanding of beliefs and values. She was Consultant Editor for Women on the Oxford Dictionary of National Biography, responsible for the strategic consideration of gender across the entire project. She has written chapters and articles on religion and gender, faith and citizenship, and the art and architecture of Christianity.

Dan Healey is Professor of Modern Russian History, Faculty of History and Oxford School of Global & Area Studies, and a fellow of St Antony’s College. His research interests include a focus on the history and politics of homosexuality in Russia since the nineteenth century. Bloomsbury Academic published his study of the origins of anti-LGBT politics in Russia, Russian Homophobia from Stalin to Sochi in 2018. He is the Director of the Centre for Gender, Identity, and Subjectivity, Faculty of History.

The Centre for Gender, Identity, and Subjectivity (CGIS) was established in the History Faculty, University of Oxford, to promote the study of gender, class, identity, and the broad area of emotions and subjectivities. It is a hub for conferences, workshops, and reading groups on these issues, and develops new curriculum for undergraduate and postgraduate history teaching in the Faculty. In addition to marking LGBTQ History Month with history-themed events, CGIS sponsors the Gender, Women and Culture seminar series, and the CGIS Discussion Group. See cgis.history.ox.ac.uk or search @CGIS_Oxford

The Oxford Research Centre in the Humanities (TORCH) enables Oxford’s humanities scholars to collaborate with researchers across other disciplines, and institutions; work with academics across all stages of their academic careers; develop partnerships with public and private institutions; engage with wider audiences; and bring together academic research, diverse industries, and the performing arts. Search torch.ox.ac.uk.