This event is part of the Innovation Provocation: Transnational Avant-Gardes Season

Please note that photography, filming or recording of any kind is not permitted during this event.

Join Professor John Covach (Eastman School of Music) and Rick Wakeman CBE for an ‘illustrated’ conversation covering Wakeman’s half-century recording career, from his early work as a session musician on recordings by David Bowie, Elton John, Cat Stevens, and T. Rex, through his genre-defining performances with Yes, and across his extended and varied solo career. This event is open to the public and will also form the closing event for the fifth biennial conference of the Progect Network for the Study of Progressive Music.

This event is organised by Sarah Hill (Associate Professor of Popular Music) and is part of the Innovation Provocation: Transnational Avant-Gardes Season in the Humanities Cultural Programme at TORCH.  Tickets required.

Rick Wakeman CBE is one of the premier rock keyboardists of the progressive era. Trained as a classical musician, Wakeman joined his first rock band at the age of 14. Having earned a formidable reputation as a multi-faceted session musician, in 1970 he formally joined the Strawbs before joining Yes the following year. In 1973 he released his first solo album, The Six Wives of Henry VIII, followed by two further concept albums, Journey to the Centre of the Earth (1974), and The Myths and Legends of King Arthur and the Knights of the Round Table (1975). In 1975 he composed his first film score, for Ken Russell’s Lisztomania, and over the subsequent forty years has maintained a varied and successful career as composer and pianist, selling over 50 million records, and embarking on regular worldwide tours with his English Rock Ensemble and as a solo artist. 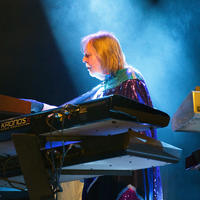 John Covach is Director of the University of Rochester Institute for Popular Music and Professor of Theory at the Eastman School of Music. Professor Covach teaches classes in traditional music theory as well as the history and analysis of popular music. His online courses at Coursera.org have enrolled more than 350,000 students in over 170 countries worldwide. He has published dozens of articles on topics dealing with popular music, twelve-tone music, and the philosophy and aesthetics of music. He is the principal author of the college textbook What's That Sound? An Introduction to Rock Music (W.W. Norton) and has co-edited Understanding Rock (Oxford University Press), American Rock and the Classical Tradition and Traditions, Institutions, and American Popular Music (Routledge), Sounding Out Pop (University of Michigan Press), and The Cambridge Companion to the Rolling Stones (Cambridge University Press). He is editor of the forthcoming Cambridge Companion to Prog (Cambridge University Press). As a guitarist, Covach has performed widely on electric and classical guitar in both the US and Europe. 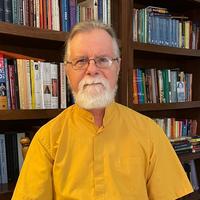