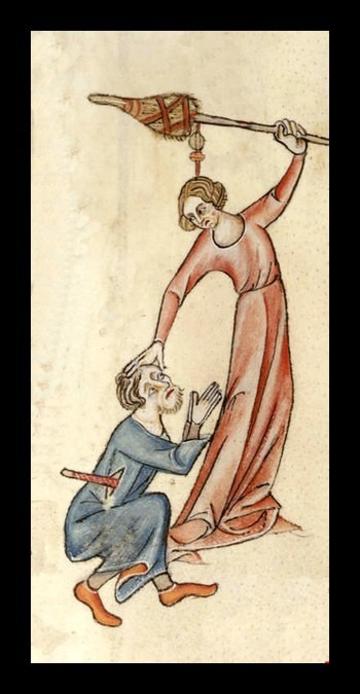 The last decades have witnessed an increased interest in research on the relationship between women and violence in the Middle Ages, with new works both on female criminality and on women as victims of violence. The contributions of gender theory and feminist criminology have renewed the approached used in this type of research. Nevertheless, many facets of the complex relationship between women and violence in medieval times still await to be explored in depth. This conference aims to understand how far the roots of modern assumptions concerning women and violence may be found in the late medieval Mediterranean, a context of intense cultural elaboration and exchange which many scholars have indicated as the cradle of modern judicial culture. While dialogue across the Mediterranean was constant in the late Middle Ages, occasions for comparative discussion remain rare for modern-day scholars, to the detriment of a deeper understanding of the complexity of many issues. Thus, we encourage specialists of different areas across the Mediterranean (Western Europe, Byzantium, and the Islamic world) to contribute to the discussion. What were the main differences and similarities? How did these change through time? What were the causes for change? Were coexisting assumptions linking femininity and violence conflicting or collaborating?

The conference is sponsored by The Oxford Research Centre in the Humanities, Oxford Medieval Studies, the Maison Française d’Oxford, the UMR Orient- Mediterranée Monde Byzantin, and the Royal Historical Society.

Attendance is free of charge and open to all. To secure your place to attend this conference, please register here.

"Under his Eye": abortion and the gendering of crime in Byzantium (Stephanie Novasio, Birmingham)

"Both General and Lady": The 1135 Defence of Gangra by its Amira (Maximilian Lau, Tokyo)

Representations of women’s violence in the epic: the old French Guillaume d’Orange cycle, the Byzantine Digenis Akritis and the Persian Book of Kings by Ferdowsi (Nina Soleymani Majd, Grenoble)

A queen, a sister and a mother. The role of Elizabeth of Aragon, Queen of Portugal, as a sponsor of Iberian peace (1300-1305) (Diana Martins, Lisbon)

With her aid, direction, and fervor": Women and the Politics of Lordship in Fourteenth-Century Tuscany (Joseph Figliulo-Rosswurm, University of California Santa Barbara)

"She Wanted to Trample the Land of Her Enemies": Queen Isabel of Castile’s Chivalric Fondness for Violence (Samuel Classen, California Lutheran University)

A likely transfer of Mediterranean influence on performance of a Hungarian noblewoman. The case of Elizabeth Szilágyi (c.1410-1483) (Melina Rokai, Belgrade)

The conference is open to the public and attendance is free of charge. Information on how to register will be released soon.