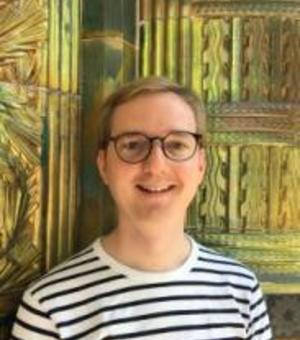 Dr Simon Park’s research focuses on literature from across the Portuguese-speaking world in the Early Modern period. He is particularly interested in the Sociology of Literature, Literary History, and History of the Book, and combines digital approaches to texts with philology and close reading.

His doctoral thesis examined the verse epistles of the long-neglected poet, Diogo Bernardes, and showed how these candid and playful texts reveal much about the changing socio-professional status of poets at the end of the sixteenth century. It argued that Bernardes is a transitional figure in the history of literature in Portugal, because he occupied a difficult position between aristocratic amateur and professional hack and printed his poetry at a time when this was almost unheard of for vernacular poets in Portugal. Underlining Bernardes’s creativity in expressing his status anxiety and in attempting to squeeze his patrons for money, this thesis recovered a remarkable poetic voice from the Renaissance and brought back to life Bernardes’s endless quest for riches and renown.

Simon’s current project uses digital network visualisation tools to offer a new vision of the fraught and fragile associations that animated the lives of writers in sixteenth-century Iberia. It challenges the ‘imagined sovereignties’ of nation and language that have typically structured accounts of Iberia’s literary history, uncovering the surprising connections between poets writing in Portuguese, Spanish, Latin from across the Peninsula and exploring how they imagined their communities and social circles.

Simon is also interested in Portuguese Modernism(s) and has recently edited a book on the work of Mário de Sá-Carneiro.

He is one of the organisers of Frib-Ox, a collaborative network between the Universities of oxford and Fribourg, which has become in Novermber 2018 co-funded by the TORCH International Partnership Scheme.