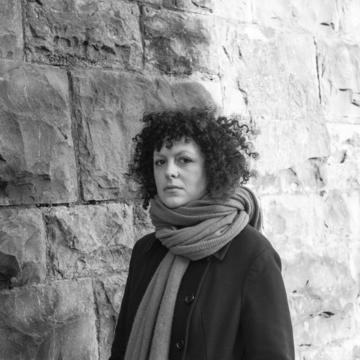 Polly Barton is a Humanities Cultural Programme Visiting Fellow for 2022-2023.

Polly Barton is a writer and translator of Japanese literature and non-fiction, based in Bristol. In 2019, she was awarded the Fitzcarraldo Essay Prize for her non-fiction debut Fifty Sounds, a personal dictionary of the Japanese language which traces her encounters with it, as learner, translator and speaker, through fifty onomatopoeic Japanese words. Her work in translation has tended to focus on contemporary women's fiction, and her recent translations include Spring Garden by Tomoka Shibasaki, There’s No Such Thing as an Easy Job by Kikuko Tsumura, So We Look to the Sky by Misumi Kubo, and Where the Wild Ladies Are by Aoko Matsuda.

As a Visiting Fellow hosted by the Queen's College Translation Exchange across the 2022/23 academic year, Polly will deliver events with students, researchers and public audiences centred on the theme of “The Visible Translator”. Moving away from the model of the ideal translator as one whose work is utterly invisible, she will explore the idea of translation as a means of facilitating communication between all kinds of disciplines, academic and creative.

By making acts of translation accessible to new audiences, she will aim throughout her residency to encourage interdisciplinary, dynamic and creative thinking around translation across the Humanities and beyond. What happens when we consider translation not as a precise discipline embedded within Modern Languages faculties, but rather an open-ended creative endeavour which touches our lives constantly? Can a greater awareness of not only the value but the humanity, ubiquity and creativity of translation as a task facilitate a deeper understanding of cultures lying outside our scope of familiarity, and represent a shift away from the default monolingual mindset?

Central to the residency is a move beyond the university. Partnering with local schools, museums and other cultural organisations, Polly will develop a range of innovative and participatory public-facing activities, including a “Translating Comics” workshop and translation duels, designed to make the translation process visible and interactive. For those within the university already engaged with the practice of translation, she will offer translation clinics where participants brainstorm one another's translational conundrums, as well as events focusing on translation as career choice.

The residency forms part of a new national translator-in-residence scheme, developed by a range of partners across the UK, including the Stephen Spender Trust, New Writing North and Writing West Midlands, and led by translators Daniel Hahn OBE and Ros Schwartz. The pilot scheme is already running at Durham and Aston Universities, and hopes to expand into more universities across the country in future years.

The Queen's College Translation Exchange was also supported by a TORCH Micro-Fund Grant to develop the scheme in Oxford. 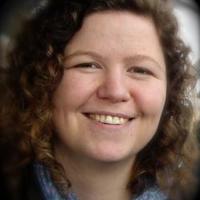 Charlotte Ryland is founding Director of the Queen’s College Translation Exchange and Director of the Stephen Spender Trust. Both of these organisations aim to engage people of all ages and backgrounds in literary translation and to bring inspiring translation activities into UK schools. She was Postdoctoral Researcher on the Writing Brecht project in the Oxford Modern Languages Faculty from 2014-18.  Until 2019, Charlotte also ran New Books in German, a UK-based project that promotes German-language literature across the world. From 2007-18 she was Lecturer in German at The Queen’s College, Oxford, where she is still based. Charlotte’s research interests are in German literature of the nineteenth and twentieth centuries, in literary translation and the impact of creative translation on perceptions of language-learning.

Part of the Humanities Cultural Programme, one of the founding stones for the

future Stephen A. Schwarzman Centre for the Humanities.