Eco-theatre and the Anthropocene: Katie Mitchell in conversation

The session began by digging into three key terms:

Katie Mitchell discussed her experience of making theatre focused on the climate crisis, from her first meeting with scientist Stephen Emmott through to an upcoming project which reimagines Checkov’s The Cherry Orchard from the tree’s perspective.

Developing a ‘believing relationship to facts’

Threaded throughout the conversation was the idea that theatre might help develop a ‘believing relationship to the facts’ around climate change.

Katie Mitchell introduced the phrase, highlighting that ‘it’s your relationship to the facts which really needs looking at.’ With her first works on the climate crisis, Mitchell had tried to ‘translate some fo the complex science’ and ‘order it in such a way that it would be conceivable.’

Dr Catherine Love agreed, saying that ‘people don’t necessarily respond to more facts’, and that theatre’s role could be seen as providing ‘an imaginative leap,' allowing us to think through what it would mean to believe the facts of the climate crisis, and to develop our ability to reimagine our way of living and being.

Does environmental theatre have to be tragic? Dr Fiona Stafford advocated for the value of a more hopeful approach, arguing that the climate crisis is often seen as ‘too difficult and too big’ and can ‘often fill people with despair’.

Professor Wes Williams asked if an ecological play could ‘deal with disaster, but offer a dream of resolution’, to which Katie Mitchell responded that she was interested in developing ‘a kinder relationship between the audience and the subject matter.’

The conversation moved towards Rebecca Solnit’s conception of hope as something active, with Dr Catherine Love suggesting that hope could consist not of the belief that everything is fine, but as something that allows you to act.

If you want to hear further discussion of these ideas, watch the full event on the TORCH YouTube here. 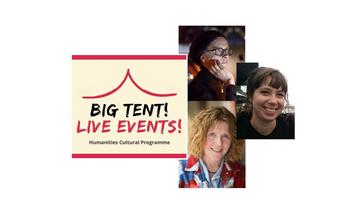