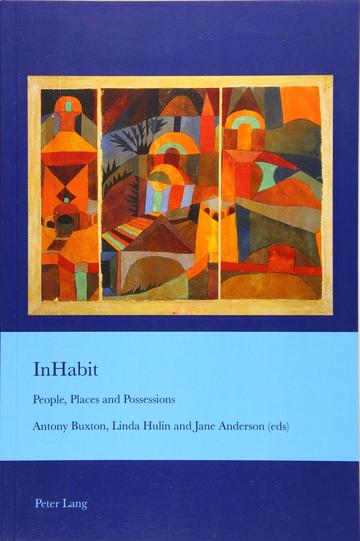 The InHabit seminar hub at TORCH grew out of an interest in the nature of home, shared between the archaeologist Dr Linda Hulin (School of Archaeology, University of Oxford), architect Jane Anderson (School of Architecture, Oxford Brookes University) and Dr Antony Buxton (Oxford University Department for Continuing Education) with a primary interest in material culture. It was apparent to all of us that not only is the ‘home’ a phenomenon which is central to human experience and identity, but in its multifaceted nature – as structure, social grouping, productive unit and seat of values – ideally suited to a multi disciplinary interrogation. TORCH provided us with opportunity to draw together scholars working on domestic contexts in a range of disciplines, reflected in this collected volume.

The launch event for this book was featured as part of the fortnightly book discussion ‘Book at Lunchtime’ of TORCH and invited commentators were Dr Cathy Oakes, Dr Elleke Boehmer, and Dr Oliver Cox from the Univesrity of Oxford. You can watch this even online through the university’s podcast website here.

Three chapters of the book are particularly relevant to Narrative and Storytelling:

‘Miracle Kitchens and Bachelor Pads’ examines the presentation of domestic spaces in early issues of Playboy, particularly the use of narrative techniques in such presentations, arguing that such a practice contributed to a new mythology of masculinity in mid-twentieth century America. The analyzed issues include devoted features on domestic space, specifically the bachelor pad and how one inhabited and furnished it. The essay examines short stories and fables published in these issues (for instance, ‘The Amorous Goldsmith,’ ‘Love, Incorporated,’ ‘The Hoodwinked Husband,’ and ‘A Cry from the Penthouse’), contemporary literary texts (John Cheever's ‘O Youth and Beauty!’ and Arthur Miller's Death of a Salesman), and social and literary theorists (including Pierre Bourdieu and Bill Osgerby) – as well as an advertisement for a new kitchen from a 1947 issue of Good Housekeeping – to argue that the magazine's successful establishment of the bachelor as a cultural icon depended upon narrative elements like plot, character development, and setting, as well as upon conventional structures of myths.

This essay explores the spatial impact which death had on the early modern house. It is focused on the depositions given in testamentary cases in the ecclesiastical courts, which explored the legal validity of wills through an investigation of the circumstances under which they were produced, and assesses the way stories told about a death depend upon the physical context of the house to generate their meaning. Death is a moment when domestic continuity is obviously threatened; when the ownership of a property, of the furniture and furnishings with which it is filled and the ways of living which they facilitate and encourage, are disrupted. The death of householders in particular, in a period of patriarchal authority within the household, occasioned concern, scrutiny, and the careful and detailed transfer of possessions and governance from one generation to the next. It was in the early modern period that the saying that ‘a man’s house is his castle’ became current – the household was recognised as an analogy for the state, and a man’s rule within it was therefore actively compared to the monarch’s over the country and Christ’s over his church. Inhabiting, for these individuals, meant organising space, people and possessions in a way which underpinned the social, religious and political stability of the realm. With such high stakes, behaviour around the deathbed was a matter of significant contemporary concern.

Dr Antony Buxton teaches courses in design history, material and domestic culture for Oxford University Department of Education and other academic and vocational institutions. Previously he worked for many years as a furniture conservator - including work for the National Trust – stimulating an interest in the way in which architectural space, furnishings and decorative objects express human relationships and values, topics forming the basis for ongoing research and publication.  He regularly leads courses which visit English country houses, with a view to understanding their development, culture and influence. A record of his academic work to date can be seen here.