Isabella of France & Margaret of Anjou

As part of our new blog series that celebrates 7 years of building partnerships with the Heritage Sector, growing expertise, and sharing knowledge, and inspired by the #TORCHGoesDigital! theme for this week, Women, the Heritage Partnerships Team would like to showcase the project Royal Women of Influence.

For this project, the  TORCH Heritage Partnerships Team brought three doctoral researchers of the University of Oxford, Dr Sarah Griffin, Dr Rachel Delman, and Eleanor Townshend into a research partnership with the Medieval Coventry Trust. The project, which was partially funded by a Knowledge Exchange Seed Fund, looked into the stories of two French queens, Queen Isabella (1295–1358) and Queen Margaret of Anjou (1430–1482) through the rich collections of medieval art, the important archives and architectural highlights of Coventry. The results of this collaborative project were demonstrated in an exhibition held during the 2018 Heritage Open Days at Coventry’s Drapers’ Hall and mapped onto three walking tours amongst landmarks associated with the reign and legacy of the two queens, as well as museums and galleries that preserve significant documents and artefacts that elucidate the local and national history of their time. These include buildings commissioned by Isabella, like the St John the Baptist chapel and adjacent Bablake college; the remains of the city walls as they were when Margaret, Henry VI and their son, Prince Edward, established Coventry as their headquarters; the magnificent tapestry at St Mary’s Hall, depicting Margaret and Henry; and the Herbert Art Gallery & Museum that preserves the 1345 Charter of Incorporation, one of the earliest grants of independence to any English city, as well as the Leet Book, which chronicles the city’s civic activities. 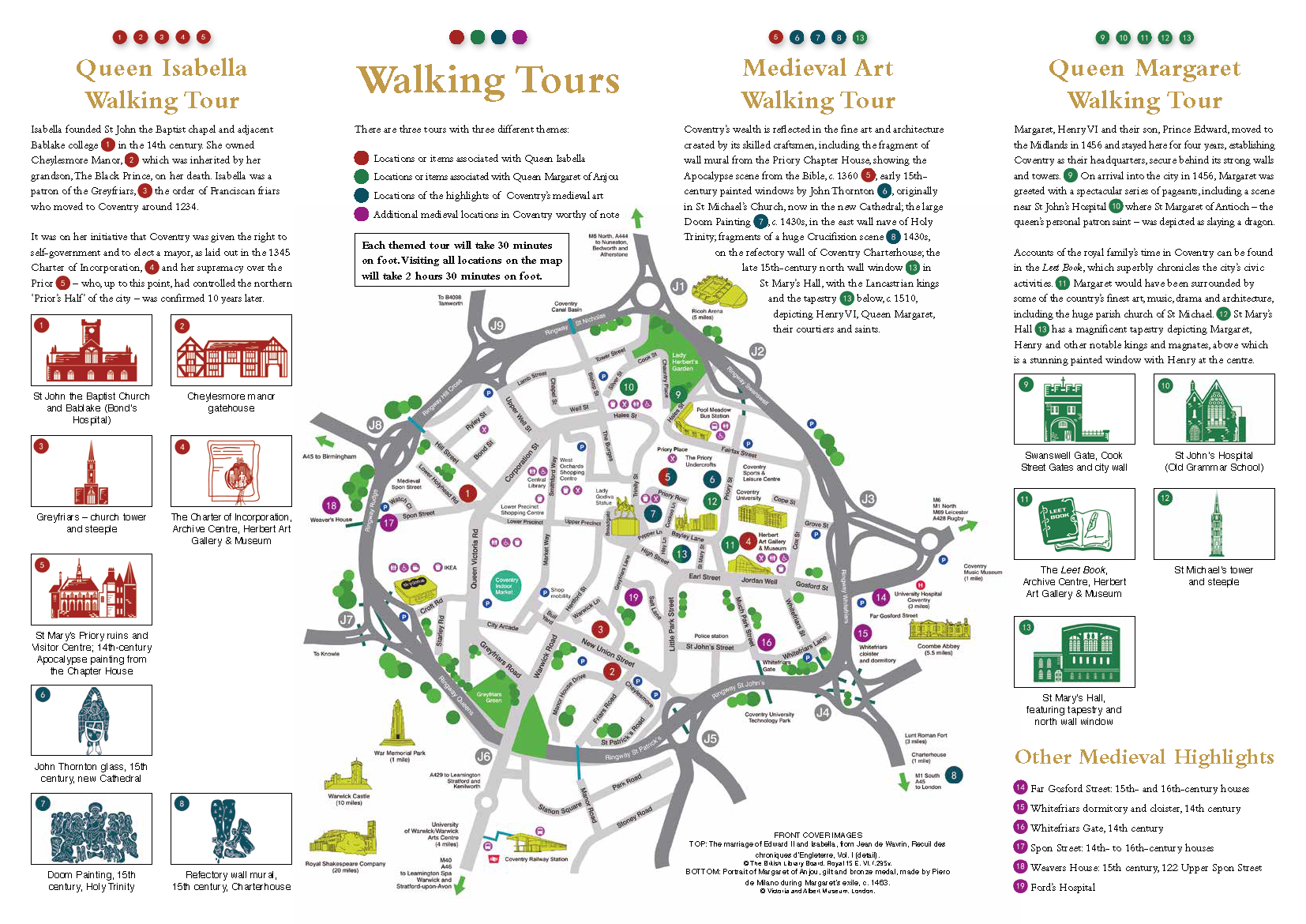 The second page of the Guide of the Royal Women of Influence Walking Tours, depicting miniatures of the landmarks that are associated with the two queens and their location on a map of medieval Coventry. (© Medieval Coventry Trust)

The exhibition and walking tours were sponsored by the Coventry City of Culture Trust and Great Places (Heritage Lottery Fund and Arts Council England).

You can find more about the exhibition here.

The guide to the walking tours is available for download here. 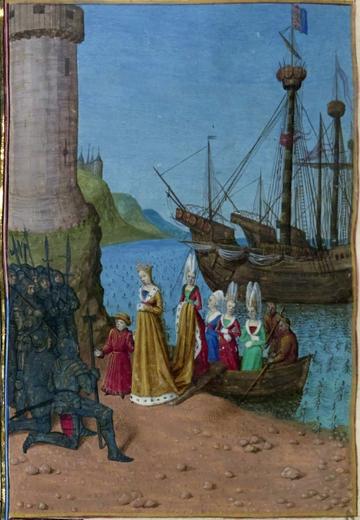